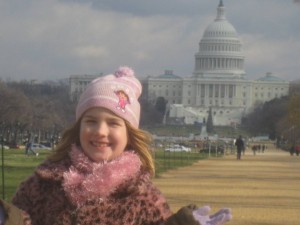 Amid all the hysteria over pizza and potatoes this week the mainstream media missed the real story behind the USDA's embattled school nutrition guidelines by half and mangled the other half badly.

The half they missed: These guidelines [PDF], ostensibly aimed at making school food healthier, were not the creation of Michelle Obama or the USDA. Rather, they were the result of a highly deliberative, multi-year process undertaken by an esteemed scientific body--the Institute of Medicine--to make good on a congressional mandate that the food schools feed children should align with the same nutritional advice the federal government gives everyone else: the Dietary Guidelines for Americans.

The part the media mangled: "Congress Declares Pizza to be a Vegetable!" Or other screaming headlines to that effect.

Here's a news flash, folks: Pizza already is considered a vegetable in the federally-funded school lunch program. Or, rather, the tomato sauce on the pizza is counted as a vegetable for purposes of qualifying as a reimbursable "meal." Welcome to the world of industrially processed cafeteria food.

What the USDA wanted to do was double up on the tomatoes before continuing to give pizza "vegetable" status. But frozen pizza giants such as ConAgra and Schwan Foods objected. Who would eat a pizza with all that tomato paste on it? they asked. So they got their congressmen to put the kibash on that particular rule, and pizza goes back to being counted as a vegetable just the way it is, as well as being counted as a grain.

Let's see. Now that the dust has settled, maybe it's time to take a little survey of where, exactly, things stand with these proposed new guidelines--the first update in 15 years--that were supposed to constitute a federal response to the nation's childhood obesity epidemic.

First, the Senate, again playing to the interests of the processed food industry--and to industrial potato growers in particular--axed the USDA's proposed limit on white potatoes and other starchy vegetables (corn, lima beans, peas) to just one cup per week. Does this mean french fries every day in the lunch line?

Well, it may in fact be a hollow victory for spud lovers. Because what Congress did not do was lift the USDA's new requirement that schools serve more and larger servings of fruits and vegetables--meaning green and orange vegetables, not white potatoes--as well as legumes like beans and lentils.

How are schools, on their extraordinarily tight food budgets--less than a $1 for ingredients per meal--supposed to continue serving french fries or any other kind of potato on a regular basis in addition to all those other vegetables? My guess: They won't. It's not in the budget. Or, maybe what we'll see is a nation of school children acquiring a new taste for orange french fries. Say hello to the sweet potato!

What about the USDA's proposed restrictions on salt? Industry would like to see those disappear. But Congress, in striking a deal behind closed doors, was only willing to go as far as telling the USDA it must certify that it has read the science on the health effects of sodium. The USDA says, Can do.

And the requirement that all grains served in schools must soon be at least "whole grain rich?" (meaning at least 51 percent whole grain). Again, the processed food industry would rather not. But Congress only says the USDA must define "whole grain." The USDA says, No problem.

For those of you keeping score, that means pizza is back to the status quo, french fries become a budget buster, and the USDA sees clear sailing for salt restrictions and requiring more whole grains. What are we to make of all this, aside from the ugly spectacle of Congress treating children as fungible, as so much less than important compared to their deep-pocketed pals in corporate food?

There's a fascinating subtext to this story, and it has to do with our attitude toward the schools themselves and their role in feeding children more healthfully. The nation's 14,000 school district are hardly innocent bystanders in this dispute. They do not have to serve industrial pizza and french fries to children every day. But many do. They pander to kids' terrible eating habits and look the other way.

As I've mentioned here before, pizza doesn't have to be junk food. Ann Cooper, the nation's premier cafeteria reformer, serves it twice-weekly in her menu schemes. But she aims for whole grain crusts, topped with a homemade sauce containing real vegetables besides tomatoes. She does not count the sauce as a "vegetable." In Ann Cooper's world, pizza only passes as a grain.

Why do the rest of the nation's school food service directors need a club over their heads to do the right thing? Aren't they listening to Michelle Obama?

And what of the first lady? She's been utterly silent on Congress' mauling of nutrition rule making. She basked in public adoration when school food reform was flying high, but dove for cover when her project blew up on Capitol Hill. When are we going to see her visiting one of these cafeterias, sitting down with the kids to sample the horrible food they're eating?

Now that would make a great photo opp: More fries with that pizza, Mrs. Obama?

As this latest episode amply illustrates, fiddling with nutrition guidelines only gets you so far. Inviting the processed food industry--a group that spent more than $5 million lobbying against the USDA's proposed new rules--to hold hands and sing Kumbaya obviously is not a winning strategy. When push comes to shove, the corporate boys pull out the brass knuckles.

And the fun may just be starting. The USDA still has to come up with new standards for the "competitive" foods sold in schools, meaning the stuff kids buy in a la carte lines, vending machines and school stores. As part of its spending authorization last year, Congress gave the USDA that particular authority for the first time. You can bet the purveyors of potato chips, corn dogs and Eskimo pies will have something to say about that as well.

If only our leaders in Washington could be honest enough to own their craven ways. But now the whole world sees plainly where things stand. When it comes to a choice between kids' health and corporate profits, Congress has a ready response: Show me the money!

Update: Watch this hilarious send-up of the piazza fiasco courtesy of Seth Meyers and Kermit the Frog on Saturday Night Live.