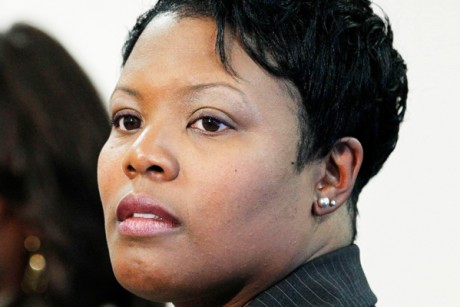 Hinting at a major shakeup in D.C. Public Schools' cafeteria operations, Chancellor Kaya Henderson says she does not believe food services chief Jeffrey Mills and his staff are capable of getting multi-million-dollar deficits under control.

In a recent letter to D.C. Councilmember Mary Cheh (D-Ward 3), Henderson rejected suggestions that D.C. schools run their own food services, rather than outsourcing those operations to contractors, saying, "I do not have confidence that my current food service staff has the capacity to manage a self-run food service program, even at a small scale."

Cheh, author of the city's "Healthy Schools Act," had suggested that Henderson undertake a pilot program to test the in-house approach. But Henderson wrote, "To date, we have had significant challenges managing the few contracts we have in place. Our team has not demonstrated proficiency in human capital management or project management."

Apparently, Henderson has lost patience with Mills, who was hired little more than two years ago amid high hopes that DCPS could vastly improve the quality of school meals while also bringing the food service budget more into balance. Saying food service was "not a core competency" of the schools, former Chancellor Michele Rhee ordered cafeteria operations outsourced to a large food service management company. Chartwells won the bidding and under Mills' direction food quality markedly improved. But deficits once again soared out of control, creating $14 million in red ink at last count.

Mills has tried to blame the huge budget shortfalls on waste and inefficiency on Chartwells part, as well as a weak contract. He has argued that the schools could do better by ditching Chartwells and bringing food service operations back in-house. But Henderson and her top echelon of managers have refused to give Mills' plan an audience. Instead, Henderson ordered Mills to put the contract up for bid again.

The latest proposal foresees dividing the district's 121 schools among several different contractors with strict provisions for food quality. Currently, Chartwells serves most of the district's schools, but caterer Revolution Foods has been providing meals to seven schools, while another seven get their food scratch-cooked by chefs from D.C. Central Kitchen.

Mills has pointed out that most of the nation's large school districts manage their own cafeteria operations. Experts agree that providing meals in-house also is more economical than outsourcing those services to for-profit corporations--in theory at least.

For instance, Chartwells’ average cost per meal here is $4.21, compared to $3.06 for D.C. Central Kitchen and $2.87 per meal for Revolution Foods, according to Mills. Officials said Chartwells runs up the cost with numerous contractor fees, and by paying inflated prices for many supplies and ingredients. Mills’ plan called for severing ties with Chartwells and eliminating food service deficits by 2016.

In addition to Cheh, many parents and food activists support Mills' vision of a school district that makes its own meals. An on-line petition to that effect recently gathered more than 200 signatures. It was delivered to Henderson this week. Henderson has agreed to meet with a committee of parents and food access organizations that currently advises Mills' staff.

But Henderson sounds like she's already looking for someone to replace Mills. "Before I am willing to in-source food service, even as a pilot, I must have complete confidence that the team I have in place puts DCPS in the best position to be successful," Henderson wrote Cheh. "Along with monitoring our new food service contracts, my efforts in food service will be devoted to ensuring we have solid management in place in the coming year."