Time for a Second Look at Fat? 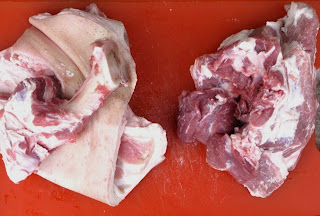 A major new study has the mainstream media buzzing with news that saturated fat does not pose a significant risk for heart disease.

This is something we've known all along, and a finding that Gary Taubes published eight years ago in his monumental analysis of fat science, "Good Calories, Bad Calories." Taubes found that the incessant rant against fat was more religion than science. But now medical researchers are coming forward with the view that suppressing the consumption of fat--an essential macro-nutrient, along with protein--has simply delivered consumers to the sugar and high-fructose corn syrup industries and helped create the environment for an explosion of obesity and metabolic disorders such as diabetes.

Fat is not only essential for health, but is highly satiating--much more so than the cheap carbohydrates that have become a hallmark of the American diet. A little fat can go a long way toward bringing appetite under control and actually reducing the craving for more calories. This is why federal policies that encourage low-fat milk injected with sugar in school meals ranks as one of the dumbest ideas yet perpetrated on American children.

Much more important than the amount of fat in the diet is the type of fat. Americans consume far too many Omega-6 fats from super-processed oils such as soybean, corn and cottonseed--all cheap forms of fat that benefit U.S. agribusiness but were completely unknown to humans until recently. We should all be consuming more mono-unsaturated fats from olive oil, nuts, avocados--and yes, even canola oil--as well as Omega-3 oils from oily fish and flax. As the latest news points out, even animal fats are a mix of saturated, mono-unsaturated and poly-unsaturated lipids.

For a detailed analysis of the latest study on fat, see the article posted by low-carb diet advocate Dr. Michael Eades on his blog. It's long and detailed, but worth the time.
Posted by Ed Bruske at 8:53 AM