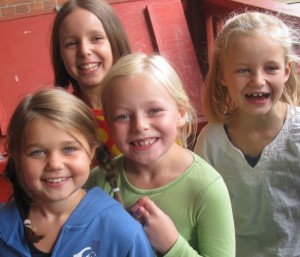 Do Swedish kids eat too many sweets?

School lunch may be free in Sweden, but apparently that doesn't make advocating for better food any easier.

Unt Widell has expressed outrage that spending on school lunch only increased 2 percent in the last year, while the Swedish government imposed a new mandate that school food must be "nutritious."

Some look to the Swedish lunch program, which serves free lunch to all primary school children, as a potential model for the rest of the world. But not all Swedes see the food served in school in such glowing terms.

Students, for instance, have voiced deep dissatisfaction. Ratings given by some 4,000 students in 2009 produced these results, according to the Swedish School Food Friends website (as translated by Google):

Nearly half--47 percent--say there isn't enough to eat.

More than half--57 percent--say there aren't enough tables and chairs for students to eat at the same time.

More than half--58 percent--say they must rush to finish their meals.

Forty percent say they cannot hear one another at the lunch table without shouting.

Only 21 percent say they eat lunch at the same time each day.

Barely a third--36 percent--say the dining room is fresh and tidy.

And free lunches are not required in the nation's high schools, many of which give out meal vouchers instead. High-schoolers can often be found eating at McDonald's.

According to Unt Widell, Sweden spends some three billion kroner ($476 million) on school meals annually, or around 30 kroner ($4.76) per lunch, 40 percent of which is typically devoted to food purchases, the rest to staff and transportation. Unlike in the United States, where payments for meals pass directly from the USDA to schools, the money for lunch in Sweden is taken out of general school funds and can vary greatly from one jurisdiction to the next.

"Very little is known about where the money goes or how it is spent," said Liselotte Schafer Elinder of the Karolinska Institute, which is launching a major study of the school meal program. According to School Meal Supporters, schools at the upper end of the spectrum spend three times as much on meals as schools on the low end.

The nutritional value of Swedish school meals also has been questioned. The country's 290 municipalities each are supposed to have a "dietary plan," but a survey of food service directors found that fewer than a third of them know what's in the plan or follow it. The meaning of the new law requiring that school food be "nutritious" has yet to be clearly defined.

"What is the effect of school meals? We don't know," said Schafer Elinder. "We have so many welfare policies that have just been introduced and there's no research on them." 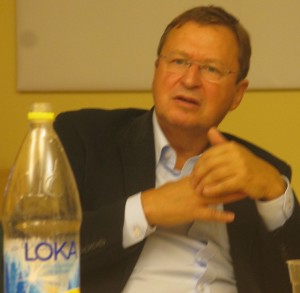 Sweden has it's problems with overweight children, although the trend appears to have leveled off, said Claude Marcus, professor pediatrics and obesity specialist at the Karolinska Institute. According to Marcus, 20 percent of Swedish children are considered overweight or obese, down from 23 percent a few years ago. That compares to around 33 percent in the U.S.

Marcus said the problem with Swedish waistlines began to escalate around 1990. Between that year and 2005, he said, the incidence of overweight and obesity increased by three or four times the previous rate. He attributes that to the ready availability of fast foods and sweets in the Swedish diet. "There's been an explosion of fast food restaurants," Marcus said. "They're everywhere, and they're available 24 hours a day." Portion sizes increased, while the cost of sweetened drinks dropped and the price of fresh produce only went up. 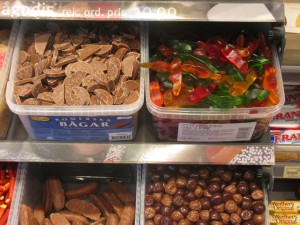 Indeed, McDonald's is ubiquitous in Sweden. One outlet was located just a block from my hotel in downtown Stockholm. Across the street was another burger joint called Max's. Both did a brisk business all day long and well into the night. Just a bit farther up the street was a T.G.I. Friday's. Yet another U.S. import--7-Eleven--is never far away. The one near my hotel had a huge bulk candy display just inside the door, and the refrigerator cases groaned with Coke and Pepsi products, as well as sports drinks and "energy" drinks such as Red Bull.

Swedish law prohibits marketing to children. But fast food has a high profile: it's everywhere you look. Vending machines are rare in Swedish schools. Still, Sweden likes its mid-afternoon fika, or coffee break, traditionally with a cinnamon bun or other pastry. Schools were used to serving flavored yogurt, berry desserts, ice cream and cakes in after school and these do contribute to the problem, Marcus said. "Ice cream used to be a treat. Now it's part of everyday life."

In one study, researchers noted that rates of overweight and obesity were significantly reduced when all sweets were removed from school. In a group of five schools where children were denied access to sugary foods, the rate of overweight and obese students dropped from 22 percent to 16 percent, while in five uncontrolled schools the figure rose from 18 percent to 21 percent.

The study also yielded a pleasant surprise. Researchers expected that the parents of children who were denied sugary foods at school would compensate by giving them more at home. But just the opposite occurred. "When we were very strict at school, they were also better at home," Marcus said. "We think many parents want to give kids healthy food. But it's very difficult for parents to be more strict than the professionals at school." 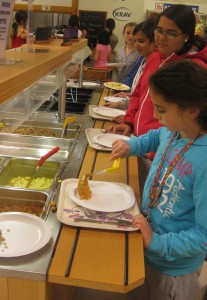 The implications of school food choices for children's health has failed to rouse Sweden's pediatric community, however. In the U.S., pediatricians have been actively involved in removing sodas from school and in lobbying the U.S. Department of Agriculture for improvements in the school lunch program. Not so in Sweden. "The Swedish pediatric organization has been surprisingly passive on this issue," Marcus said.

He also laments that the law requiring school meals to be "nutritious" will not apply to high-schoolers. "I think we have a system that works reasonably well for the younger children," he said. "We should have the same regulations for high schools that we have for the other schools."

In Swedish schools, teachers are required to accompany their students to lunch where they can coach them on better eating habits. At the Annersta School in Stockholm, principal Bjorn Grunstein goes a step further, giving out free meal coupons to parents at the beginning of each school year, encouraging them to eat in the cafeteria as well.

"We want the parents to know what their children are eating here, because hopefully the kids like the food so much, they'll encourage their parents to make it at home as well," said Grunstein. "It could have a positive effect for the whole family."

Next: What Swedish kids eat at school.