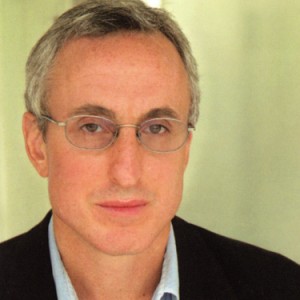 We may look back on this week as the moment when public opinion finally turned against the idea that fat is what makes us ill and embraced the emerging science implicating sugar as the nation's number one threat to good health.

In Sunday's New York Time's Magazine, science writer Gary Taubes makes the case that sugar--not fat--is the agent behind our most pressing health problems, including obesity and the various degenerative ailments associated with "metabolic syndrome," including diabetes, hypertension and coronary artery disease. If true, this would overturn more than 30 years of ill-conceived nutrition and health policy in this country, recognizing what a growing number of medical researchers have already concluded: fat is not the problem, carbs are. The reason for America's shocking level of obesity and related health issues lies with our addiction to processed, carbohydrate-rich foods, starches, and especially sugar.

The implications for those of us primarily concerned with children's health are clear: kids should not be drinking sodas or sugary flavored milks. They need to stop indulging in all kinds of snack foods and desserts that now play such a prominent role in children's eating habits. School menus should be sugar-free--and that goes for chocolate milk, too.

The most vocal of medical authorities now blaming sugar is Robert Lustig, a specialist in childhood obesity and pediatric hormone disorders at the University of California, Berkeley. We've written about Lustig and quoted him here before. Taubes describes his 2009 lecuture called "Sugar: The Bitter Truth," which at last count had been viewed 973,123 times at YouTube and has been increasing viewership at a rate of some 50,000 per month.

In his 90-minute talk, Lustig outlines in some detail how the fructose contained in either sugar or high-fructose corn syrup is treated by the body as a toxin; how, unlike glucose, the sugar derived from other carbohydrates such as bread and potatoes, fructose is converted into fat in the liver, triggering not just "metabolic syndrome," but, in Taubes' view, many common cancers as well. Lustig blames sugar for a worldwide epidemic of fatty liver disease in children.

Most importantly, Lustig insists that the obesity epidemic we are so concerned about is not just about too many calories, but eating the wrong kinds of calories--specifically, too much sugar. Sugar represents not just empty calories. "It's not about the calories," Lustig says. "It has nothing to do with the calories. It's a poison by itself." Lustig says the reason Americans are consuming more calories is because their appetite suppression mechanisms are disrupted by eating too much sugar, especially from soda and other sweetened beverages.

"In animals, or at least in laboratory rats and mice, it's clear that if the fructose hits the liver in sufficient quantity and with sufficient speed, the liver will convert much of it to fat," Taubes writes. "This apparently induces a condition known as insulin resistance, which is now considered the fundamental problem in obesity, and the underlying defect in heart disease and in the type of diabetes, type 2, that is common to obese and overweight individuals. It might also be the underlying defect in many cancers."

How much sugar do you have to eat before it becomes toxic? That's the $64,000 question. The last time the federal government looked at this, in a 1986 Food and Drug Administration report, it was estimated sugar did not pose a danger at what was then the current level of consumption: 40 pounds of sugar per person per year of "added sugar," meaning in addition to what the normal person would get from eating fruits and vegetables. That's 200 calories per day of sugar, Taubes says, or less than the amount in a can and a half of Coca-Colar or two cups of apple juice.

Obesity rates in this country correlate neatly with increasing consumption of sugar, and especially high-fructose corn syrup, which contains more fructose than table sugar as is not only sweeter but cheaper than cane sugar. Now researchers are finding that many forms of virulent cancer thrive on the insulin the body produces in response to sugar. Obesity and diabetes go hand in hand. Likewise, people who are obese or diabetic are more likely to develop some form of cancer.

That has some medical researchers swearing off sugar in their personal diets. "I have eliminated refined sugar from my diet and eat as little as I possbly can," says researcher Craig Thompson, president of Memorial Sloan-Kettering Cancer Center in New York, "because I believe ultimately it's something I can do to decrease my risk of cancer."

Unfortunately, little funding on the dangers of sugar has been forthcoming from the federal government. The National Institutes of Health is funding a few small studies. Taubes suggests these need to be bigger and of longer duration. But even though the current science is not as conclusive as Robert Lustig believes it to be, Taubes says he's convinced.

"Officially I'm not supposed to worry because the evidence isn't conclusive, but I do."

That's good enough for me.