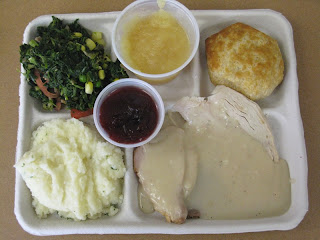 When they said they were roasting turkey at my daughter's elementary school here in the District of Columbia, I was already to station myself in the kitchen and photograph the bird coming out of the oven.

Of course, nothing so dramatic took place. The "turkey" was actually several five-pound processed turkey rolls. The kitchen staff roasted them in the oven alright, a couple days in advance. Then they sliced the rolls on a Hobart deli-style machine. (Have I mentioned that our kitchen is fully equipped?)

But, oh, what a glorious meal it was. Maybe not exactly like grandma's. But the gravy was made from scratch using the turkey drippings. You'd never guess the biscuit arrived as a frozen piece of dough. The mashed potatoes were really mashed potatoes.

There was cranberry dressing and apple sauce.

Can I just register one small complaint about the "crunchy" spinach? Since when do we eat cooked spinach cold? 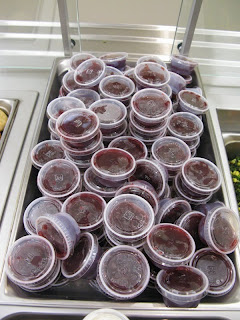 I took a series of photos and I know the lunch ladies, who recently have been reduced from three to two, are anxious to see them. 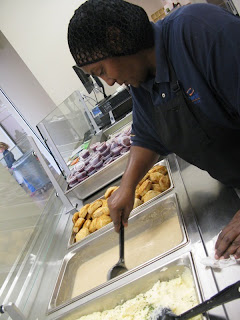 So here they are. 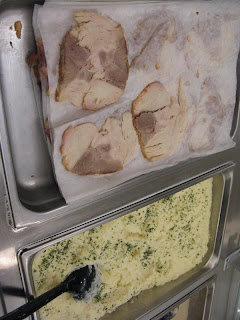 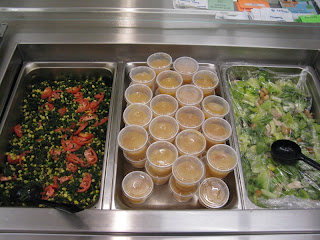